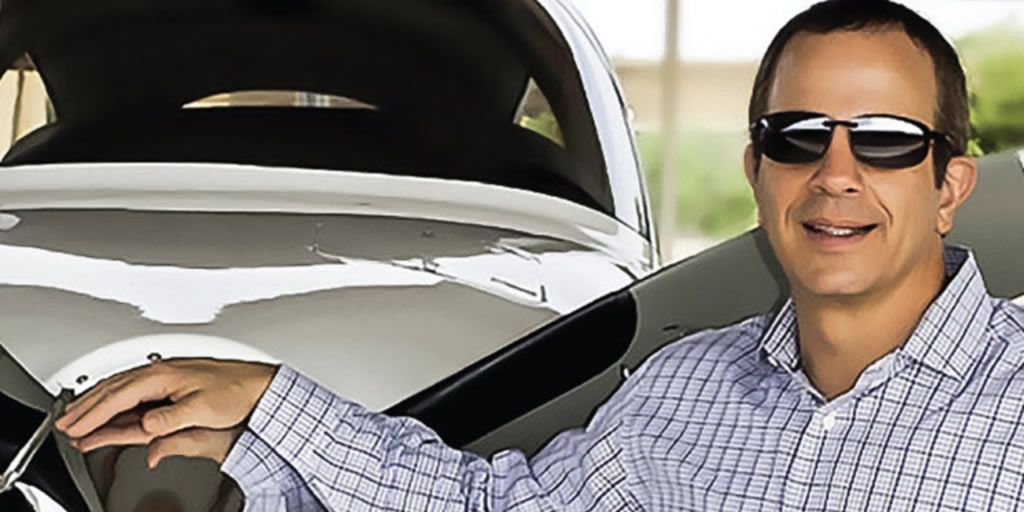 Unlike most private pilots, Neil Sherman bought his first airplane before he had his private pilot license (PPL) and unlike most pilots, he earned his PPL about 20 years after his first lesson in the late 1980s.

“I wasn’t in a hurry,” explains Sherman, managing director of Sperry Commercial Global Affiliates’ Phoenix office. “I loved to fly and had friends with airplanes who were also instructors. So over the years, I’d log flight hours with them.”

He initially started flying on private planes because he was selling properties in smaller rural markets like Flagstaff, Sedona, Yuma and similar areas around the Southwest that weren’t located near a commercial airport. Instead of flying commercially, renting a car, paying for gas, and driving for hours from the nearest metro airport, he found it was cheaper to hire a local pilot to get him there.

Eventually over time, Sherman started paying his pilot to give him flying instructions, which was more for personal enjoyment than the goal of earning his own PPL.

It was around that time when the opportunity to buy his first plane came about, but the insurance company required him to officially get his PPL in less than six months if he ever wanted to fly solo.

After years of on and off lessons, Sherman realized he logged nearly 150 hours of flight time once he finally started actively pursuing his PPL. “I hadn’t needed the license yet but that was a good enough reason to get it,” he explains.

“Who wants to own half of a plane that you can’t fly?”

The plane was a Mooney, a high performance, complex aircraft known for being ridiculously fast. Sherman had flown it before, loved it and says it was his favorite plane ever even though it was not the most forgiving.

With his second plane, Sherman traded speed for luxury and spaciousness. He bought a Cirrus, which he described as going from a Ferrari Formula 1 racecar to a high-end BMW loaded with amenities and gadgets.

In the Cirrus, Sherman says, “You didn’t feel like you were in a sardine can strapped to a rocket like you did in the Mooney.”

Although he doesn’t currently own a plane, Sherman says, he’s one good run in the market away from buying another one. He is currently talking with some colleagues in the commercial real estate business about possibly going in on a plane together.